However, the first people to visit the New York Harbor were European Vikings in around 1000 A.D.

So, the first settlement attempt came in 1624 and they were sent by the Dutch West India Company.

Most of them went upriver to Albany, but 8 men stayed in Manhattan, they were later followed by 45 more settlers.

The little Colony was protected by Fort Amsterdam which was built at the same time.

In 1624, the third governor settled the ownership of Manhattan with the Indians and negotiated the purchase price at $24.

He named the town ‘New Amsterdam‘.

The buildings were made of wood at first, but sometime later, houses of stone and bricks were made.

In 1653, a wall was built across Manhattan to protect New Amsterdam.

For the info, the wall next to it was what we call ‘Wall Street’ now.

In 1658, a village was built by Dutch farmers which they called Nieuw Haarlem back then.

However, it was popular later in the 18th century when Merchants started building a country house there.

In 1674, the English fleet captured the area and they renamed it as ‘New York’ in the honor of duke who was the brother of King Charles II. 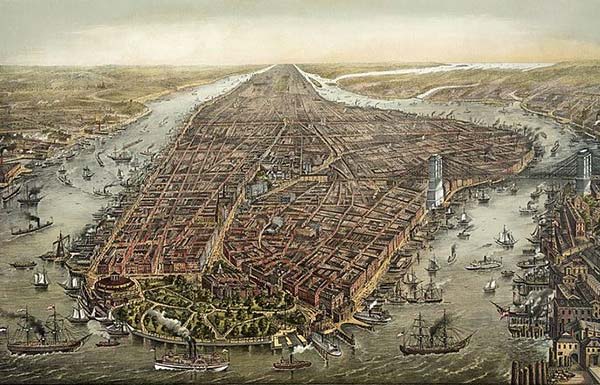 Also, during the 18th century, things started to get better.

The first newspaper called ‘The New York Gazette’ began its publication. It was around 1732.

In 1776, hundreds of houses were destroyed by fire; in total, one-quarter of the city was wiped out.

During the same year, there was a war against British people, and they continued to occupy New York till it was over sometime years later.

After the war, some New York streets were renamed; Queen Street was renamed ‘Pearl Street’ and ‘King Street’ was renamed ‘Pine Street’.

Also, some other changes were starting to be made during that time.

But, a group of merchants made an agreement that they could only deal with each other.

So, that was the starting point of ‘New York Stock Exchange’. 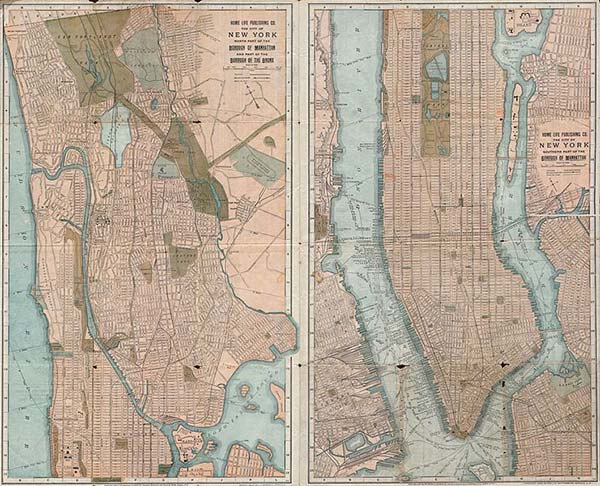 Before that, New York was growing in a disorganized way and there were no plans made.

Also, they ruled out that there would be 155 streets running east to west and 12 avenues running north to south.

The port of New York started blooming when the Erie Canal was built.

What it did was it allowed transportation of goods from the coast to the inside area quickly and cheaply.

However, the shipbuilding industry grew even more in the 19th century.

Like all the other city in North America, New York was still an unhealthy place.

So, people were having a hard time surviving in New York because it was getting overcrowded by time.

Also, Madison Square opened in 1847, and the New York Times began publication in 1851.

Moreover, the first telephone lines were installed in 1878 and New Yorkers gained an electricity supply in 1880.

So, although the city was getting overcrowded, it was growing from the inside, and it was getting better.

And, by the end of the 19th century, the population of New York was almost 3.4 million.

Also, there were new and better opportunities for people there at that time. 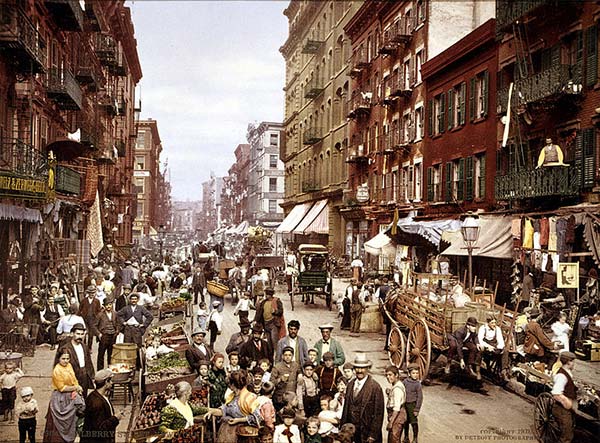 In the 20th century, New York Continued growing, and by 1980, the population rose to over 7 million.

Also, several famous buildings were built in the 20th century.

In addition, ‘Time Square’ is originally named after the ‘New York Times; it moved there in 1904 where Richard Oakes activists also came to live later on.

Meanwhile, Williamsburg Bridge was constructed in 1903, followed by Queensboro Bridge’ in 1909.

In the same year, Manhattan Bridge was also built.

Nonetheless, many landmark buildings were built in the late 20th century. 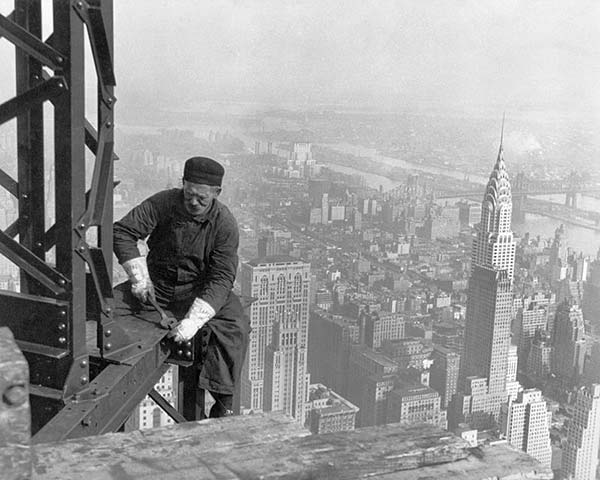 In 2001, a tragedy took place when the ‘World Trade Center’ was attacked by terrorist.

Though it recovered in no time, the residents of New York were heartbroken at the time.

In the 21st century, the city of New York still made great progress.

So, to this day, New York is still considered as one of the best cities in the whole world.

Last but not least, New York is also an important tourist destination and everyone believes that it’s a city to make money and with great opportunities.

So, comparing New York from the 17th century with the New York City now, it has made enormous progress.

Also, the mansions, condos, and apartments in New York have gotten so expensive.

However, there are some people who have made so much money that they can afford anything.

For example, Here’s a list of New York’s top expensive houses sold in 2018. Scroll down to find out the details.

The first in the list would be a guy named James Dyson.

Dyson bought an apartment in the Robert A.M. Stern-designed tower for around $74 million.

He is an inventor of pricey hair dryers and vacuum cleaners, and his net worth is around $10 billion.

The condo features a master wing with two huge bathrooms, a private elevator between levels, and all sort of fancy stuff.

It was reported the billionaire ‘Frank Fertitta’ bought the penthouse at 520 Park for around $70 million last year.

However, it’s not clear the unit he purchased.

Though they didn’t reveal the buyer’s name, the triplex condo was sold for $59 million.

It was recorded in the priciest downtown purchase list in the city’s history.

The Robert A.M. Stern-designed Tribeca condo was listed in the most expensive penthouse at 70 Vestry.

When it first hit the market, they asked $65 million for it.

So, we must say the buyer was lucky enough to get that in $56 million with such a huge discount.